Here is a guide for Summoning/spending gems in the summoning portal. 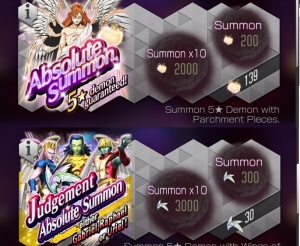 Here, we detail what has been said in Beginner's Guide#Negotiations & Summoning.

First, if you just started the game read Beginner's Guide#Action Beginners SHOULD urgently perform + advices on limited packs. This banner is excellent.

Beyond the Dash Start Step up, for beginners, here is a guide:

As we mention previously, Tier List, the demon's profile page, PVP Team Guide and Discord/Reddit are good tools to assess the worth of some featured banner demons.

You can proceed without any kind of "Gem strategies" but, if you need, here are some strategies: 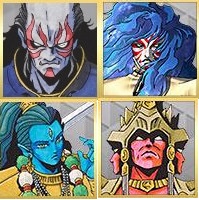 Last update July 2020. Here we give what are the best "banners" to summon in based on the patterns (in terms of rates, or bonus tomes, demons etc.) Sega showed so far. Saving up Gems for those banners is not a bad idea. The list mostly includes "rerun" banners as we cannot predict the quality of "new banners"; it is is ordered from best to worse:

Top Bait banners (listed from the worse to the better):