In this area, there are 100 stages, each with a clear reward. The progress of clears will be reset after a fixed period of time (each month) and the rewards can be obtained again. From the currency you get from clearing stages, you can draw from the hell park gacha.
Each area (10 Stages) have their own speciality.

Supports can’t be used in this area, but it means you can run 5 members and have 5 press turns.

Enemy Battle Speed 5,000 [None]
The boss has Null Phys! It's weak to Fire though.
Recommended level for the party is around 40.
Recommended Demons: 3★

Avoid using Physical Attacks if your attacker isn't null to Phys, like Teal

Organize a party with low battle speed, and try to finish off the enemy on the first round.

Enemy Battle Speed 15,000 [Enemies take 80% reduced Magic Damage.]
A strong physical attacking team is best. Magic should really only be used when gaining more press turns or when there are stat bonuses involved.
Having a Speedster demon of some sort is a great boon to keeping up with the fast Enemy Battle Speed.
Recommended Demons: 1★

Enemy Battle Speed 35,000
It's hard to go fast enough to go first in this stage, so you're going to have to tank some Piercing attacks and then heal. The anti-Pierce skills Repel Pierce and Drain Pierce help a lot. Also, many of the enemy demons take reduced damage from Physical attacks, so a magic-based offense is recommended.
Recommended Demons: 5★

Enemy Battle Speed 20,000 [Dx2 skill effects disabled]
The same kinds of strategies that worked on the previous 10 stages generally still work, although the level 90 boss is best dealt with by a specialized team. The enemies use Almighty, Piercing Ice and Piercing Physical attacks, so use a team that can nullify all of those.

Starting from Floor 86, several miniboss enemies will show up, usually on the last wave. These minibosses are typically 5★ demons (Grade 80+) and have specialized kits making them harder to deal with. These minibosses do not have Null Mortal though, if you have demons capable of inflicting Mortal such as

Masakado, consider using them in these levels.

From here on out each stage has only one wave, where you fight one boss and 3 adds.
You can potentially clear the stages with an incredibly strong Phys crit team, but if yours is not strong enough you probably have to fall back to repel/drain teams.
insta-killing the adds with

Boss is Zhong Kui. If you have

Siegfried panel 1, and can get rid of the adds, you have won.

General strategy: kill Fafnir as fast as possible, before his poison kills your Party Members, while using Mortal Skills to remove the sidekicks. 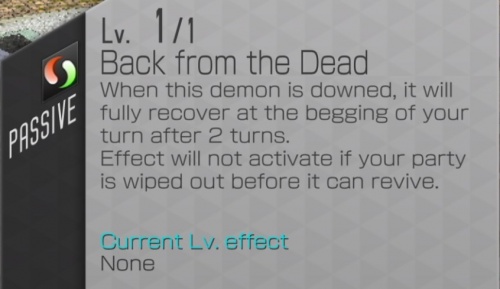 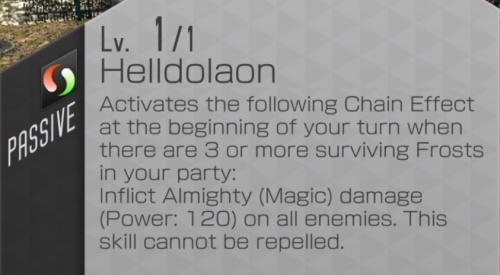 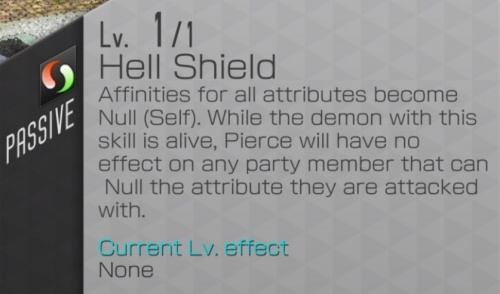 The boss, King Frost, nulls every element and has Null Pierce in Hell Shield. Null Pierce also applies to his allies, Black Frost having Null Ice and Dark.

You can only damage him with almighty magic, almighty physical, or fractional damage skills.

The Jack Frost and Black Frost revive every 2 turns, and if all 3 Frosts are alive you get hit with a 5 Elements-piercing Megidolaon at the start of their turn.